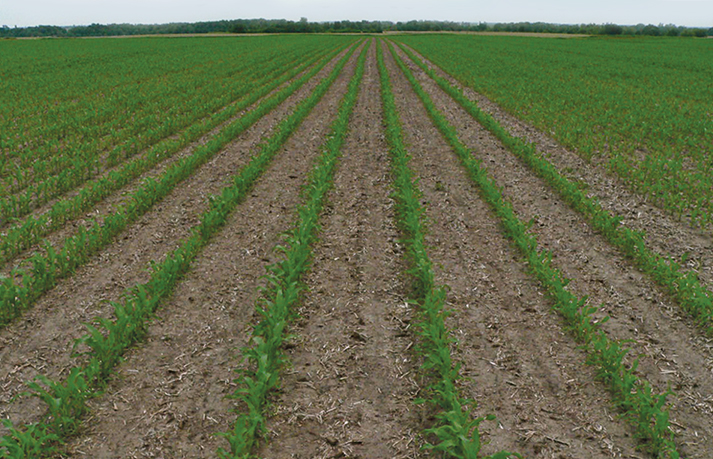 Tips For No-Tilling ‘Lean And Green’

No-tillers who do their own onfarm research can harvest the data needed to make better decisions about their farm systems and inputs.

One way no-tillers can make their farms more profitable is to put their management decisions under a closer microscope and determine if they’re making the right choices about fertilizers, hybrids/varieties, row spacing or equipment.
Doing this requires a good protocol to get quality onfarm research data. While it takes some additional time and effort, the lessons learned could have a major impact on a farm’s bottom line, says Alpha, Ill., no-tiller Marion Calmer.
Calmer estimates that in 2011, all the research data he gathered and changes he made in his operation were worth about $50,000. His onfarm research last year took an extra day in the spring and fall getting the plots in and out — about 20 hours total. So his research basically paid him $2,500 an hour.
“You can’t improve on the things you don’t measure,” Calmer told attendees at the 2012 National No-Tillage Conference in St. Louis, Mo. “You can make really good money by doing onfarm research.”
Get Quality Data. Calmer, whose company also makes Calmer Corn Heads, has spent 27 years doing onfarm research projects on about 5,000 different side-by-side plots.
Calmer’s plots usually run the full length of a field. Why? Because longer rows have lower yield variability between identical replicates. Calmer once evaluated row lengths’ effect on yield variability in four identical plots on his farm, finding a 27-bushel variance in yield at the 50-foot mark, but only a 4-bushel variance at the end of the same 1,000-foot-long plots.
“My opinion is…
To view the content, please subscribe or login.