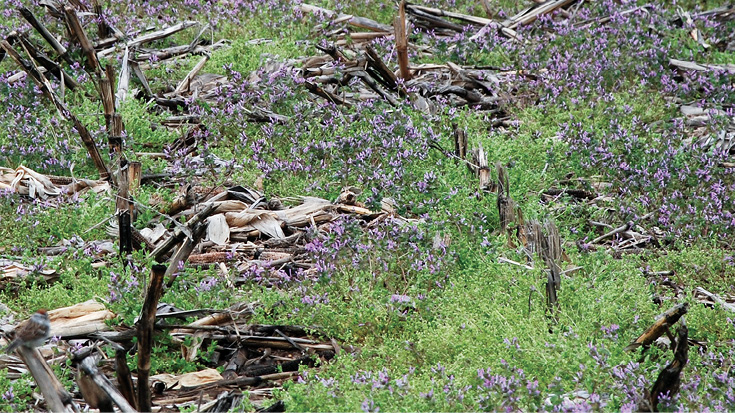 Cover crops, no-till and a finely tuned planter without coulters helps Missouri no-tiller Byron Fink make the most of his farm’s fragile soils.

Byron Fink's Oregon, Mo., farm is blessed with “absolutely wonderful” soil — if he can just keep it on the hillsides.

“Our loess soil is a very deep, very productive soil that absorbs water like a great big sponge and readily releases it to the crop,” he says. “The problem is it’s also very prone to erosion.”

Loess is a very fine-textured soil that is an accumulation of wind-deposited silt. It tends to be very deep with a low clay content and a high cation-exchange capacity (CEC) that boosts natural fertility. 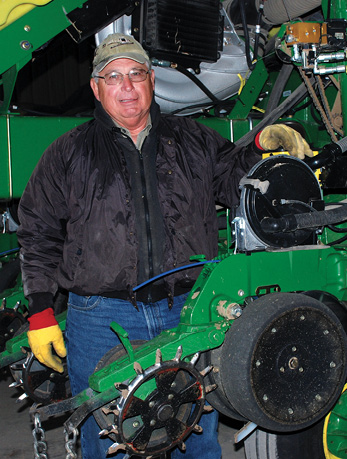 The erosive nature of loess soils drove Fink to begin no-tilling in the early 1980s as he grew frustrated with terraces silting in on fall-tilled ground. By 1981, he was no-tilling 90% of his corn ground and has been 100% no-till for several years.

“We were early no-till adopters in this county, but now the vast majority of crops here are no-tilled,” Fink says. “No-till is a great system for just about any soil, but for us, it’s an absolute must.”

The Right Cover. That doesn’t mean erosion issues have disappeared, though. Despite leaving surface residue, erosion continues to be an issue and that compelled Fink to explore cover crops.