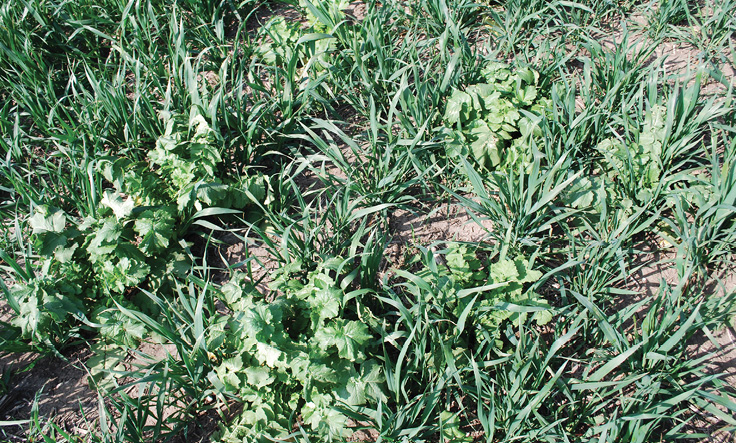 Nebraska no-tiller Ben Steffen is turning to cover crops, variable-rate fertilizer application and manure from his dairy to build even further upon his farm’s 40 years of no-till success

Ben Steffen's farm embraced no-till practices nearly 4 decades ago, as he and his late father sought to reduce input costs and erosion and save soil moisture.

But Ben is finding new ways to improve the productivity of the 1,900-acre, row-crop farm and dairy near Humboldt, Neb., through the use of cover crops and more intensive nutrient management.

Steffen’s farm has been 100% no-tilled since the 1970s and he believes his fields held up “surprisingly well” during last year’s severe drought. Soybeans still averaged 42 bushels an acre and corn yielded 92 bushels, compared to a 10-year average of 140 bushels.

“I think our crops held up pretty well through the heat and stress, and I would attribute that to no-till,” Steffen says. “In some conventional fields around here, the corn rolled up and stressed.”

Steffen farms slopes of 3% to 8%, although some farm ground he’s purchased in the last 20 years is on flatter river-bottom ground. His acres are roughly split between corn for forage, grain corn and soybeans, and he occasionally raises a small amount of no-tilled wheat.

Steffen’s father, Richard, became a pioneer of no-till in southeastern Nebraska during the 1960s after starting the farm in the mid-1950s. As he began operating a row-crop farm and dairy, he discovered substantial labor and input savings was possible with no-till or minimum-tillage.

“My father recognized that the soil condition in the spring was good when the freeze-thaw cycle had occurred. It made for a nice seedbed,”…