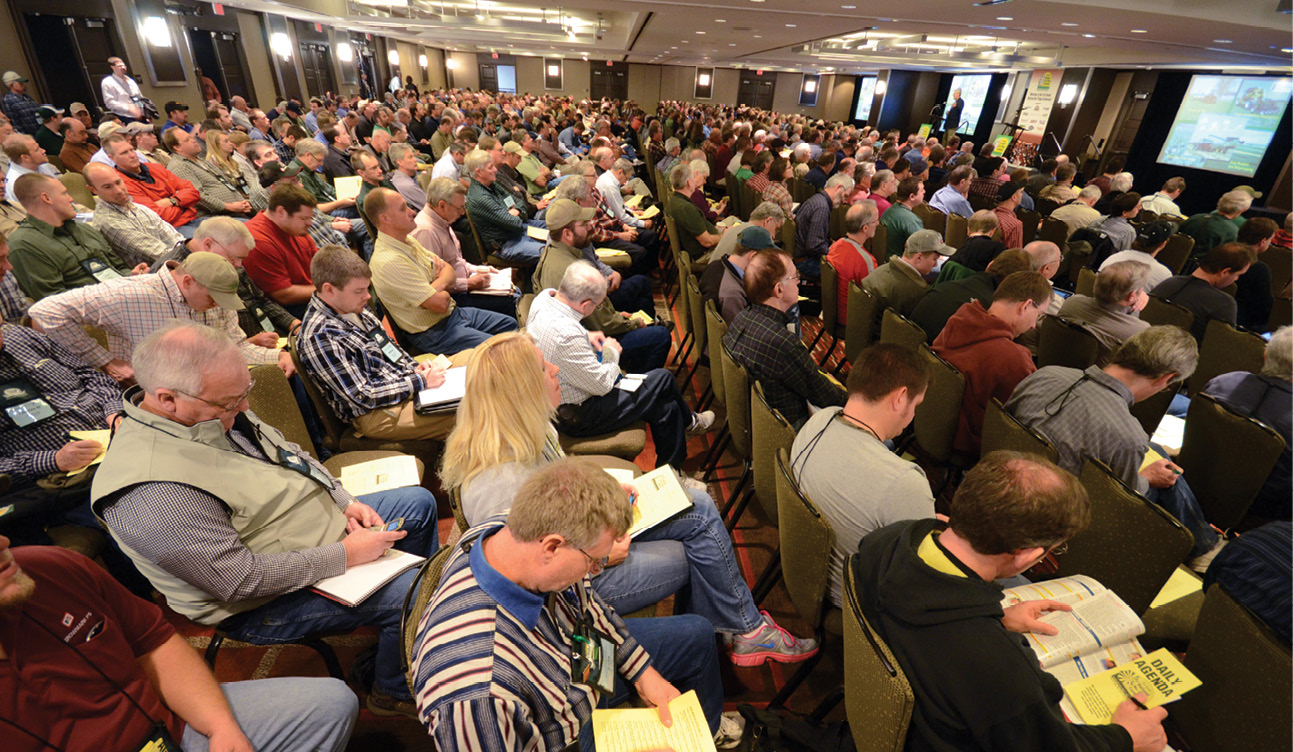 More than 1,150 attendees come to Indianapolis to improve their knowledge of precision farming, cover cropping, fertility management, soil health and other no-till practices.

For the second straight year, the National No-Tillage Conference shattered its previous attendance record, as farmers came from near and far to gather ideas on how to make their no-till system more productive.

The 21st annual conference, held at the Hyatt Regency in downtown Indianapolis, counted some 1,153 attendees over 4 days, smashing the previous record of 911 set in St. Louis last year.

There were plenty of familiar conference veterans on hand, but the event also attracted more than 500 first-time attendees. 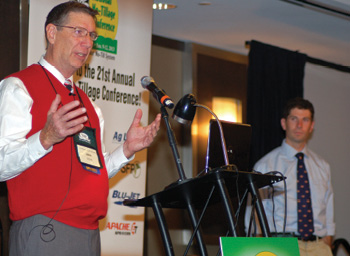 The lecture is named after Young’s father, who is credited with being the first production farmer to no-till in the U.S. more than 50 years ago on 7/10 of an acre.

While no-till could be the most important ingredient developed in sustainable farming in the past half century, the age of discovery in agriculture isn’t complete, John says.

Wheat is behind the curve in terms of genetic modification when compared to other crops, and better practices are needed for placing fertilizer in the ground and getting it distributed throughout the soil profile, rather than banding it, he says.

He added he’d like to see a land-grant university pursue development of perennial crops to help no-tillers reduce compaction in their fields even further.

“Ideal no-tillage is when you don’t touch the soil at all, right?” John asked. “Why not use the same idea…

No-Tillers Fill Up On Knowledge At Record Event

A Fertile Place For No-Till Tips