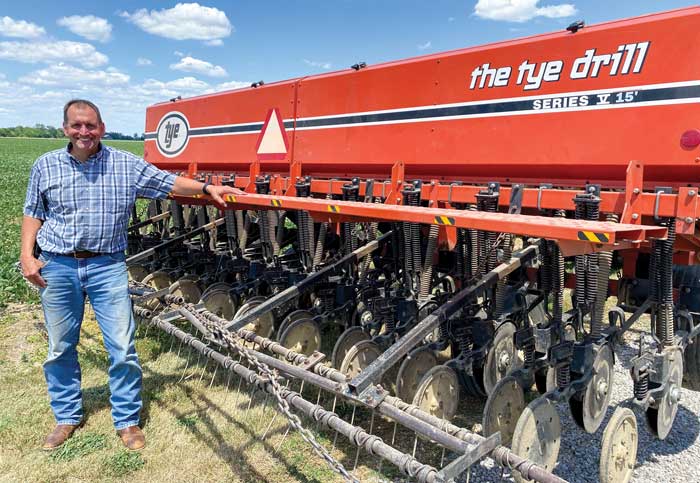 Dusty Sonnenberg refers to himself as a first-generation farmer on a fifth-generation farm. He grew up on a farm in Hamler, Ohio, that was originally purchased by his great, great grandfather but moved after his parents sold it when he was in junior high school

About 20 years after graduating from Ohio State, he bought the property back and has the farm up and running once again.

When Sonnenberg’s not running his Tye no-till drill or Orthman strip-till unit, he’s pounding pavement across the Buckeye State as a broadcaster for the Ohio Ag Net. He encounters a bevy of innovative ideas, strategies and experiments during his travels. In his own words, here are five takeaways from his broadcasting odyssey that will influence the way he no-tills in 2023. 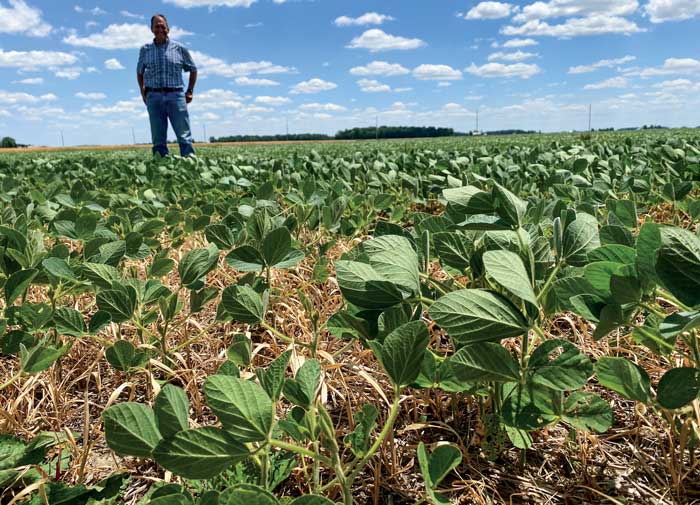 NO-TILL SOYBEANS. Using his 15-foot Tye no-till drill, Sonnenberg no-tills soybeans in 7.5-inch rows in mid-May at a seeding rate of 180,000. He shoots for an average yield of 65 bushels per acre.

“I heard a lot about the use of biologicals. I am interested in a soybean-based seed lubricant ‘dust’ (to be used instead of talc or graphite) that has biologicals incorporated into it to get onto the seed or into the seed trench. It sounds promising.”

Premium content is for our Digital-only and Premium subscribers. A Print-only subscription doesn't qualify. Please purchase/upgrade a subscription with the Digital product to get access to all No-Till Farmer content and archives online. Learn more about the different versions and what is included.
KEYWORDS biologicals cover crops Dusty Sonnenberg foliar feeding fungicides green stem syndrome micronutrients nitrogen application Ohio no-till