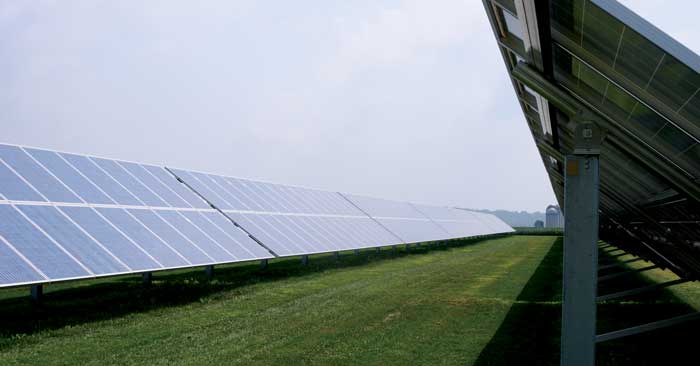 Ray McCormick says solar and no-till can co-exist profitably, given the right conditions.

Farmers have harvested the sun for generations to produce food, fiber and fuel.

Amid a hard press for alternatives to fossil fuels, they could soon harvest the sun for electricity.

Ray McCormick, a no-tiller from Vincennes, Ind., says the potential upside for agricultural lands lacking of new sources of income, is huge. However, the opportunity for a misstep is just as big.

“When they come to you with the contract, you don’t sign that contract without having some of the rights to what’s planted under the solar path,” he says. “Don’t give up those rights. And if they say we don’t negotiate that, then say, ‘Thanks for coming by.’ Everyone should have control on their own land of what’s being seeded and what the opportunities are to utilize that land under those panels. The big companies that I’m working with want you to do that. This land guy that’s out here trying to grab it up and resell it to the utilities, he doesn’t care. He just wants to get your land bought up, get you to sign the lease, and then sell it to somebody.”

Most participants in the solar energy for farms game right now are not employed by the large energy utilities, McCormick says.

Instead, they’re speculators, aiming to snatch up solar rights from farmers and then sell them to big energy and utility companies for a profit. The rights to grow and graze under the panels are frequently lost in the shuffle, as well…