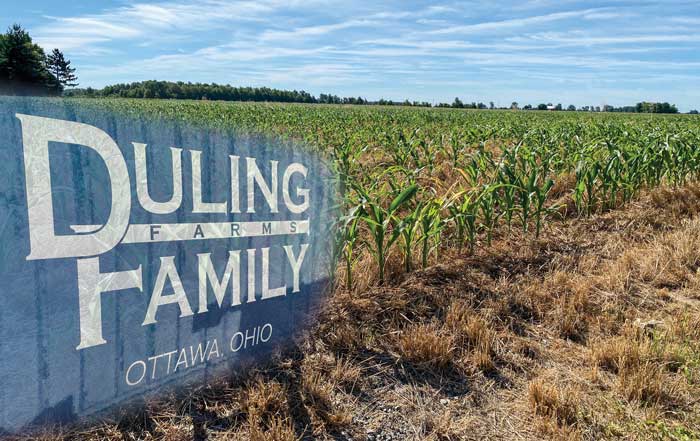 A 50-Year Tradition of No-Till in Northwest Ohio

Although he credits his time as a crop advisor for teaching him a lot about farming, Jeff Duling learned almost everything he knows about conservation practices from his dad, Bob, a true no-till pioneer.

“My dad’s been no-tilling since the 1970s,” Duling says. “On top of managing the farm he bought in 1964, he was also a truck driver. Whenever he traveled to Illinois or Iowa, he visited farmers to see what they were up to. When he saw them using the John Deere 750 no-till drill for the first time, he knew we had to have it.”

But Jeff and his three younger brothers went in the opposite direction when they took over for Bob in the 1990s.

“We were the kings of tillage,” Duling says. “My brothers and I went through a phase when we were ground pounders. Everybody was doing tillage in our area, but I could tell it wasn’t paying off. Dad would sit back and say to us, ‘You’re just starting over every year.’ So we started bringing no-till back into play, and it was working.”

Jeff eventually bought out his brothers and has been managing the 1,300-acre operation in Ottawa, Ohio, full time since retiring from his crop advising position 11 years ago. Bob still helps out, and his influence is felt across every acre.

“I’m fortunate to have my dad because he’s such an innovator and is always looking ahead,” Duling says. “He experimented all the time with equipment. He invented some stuff…