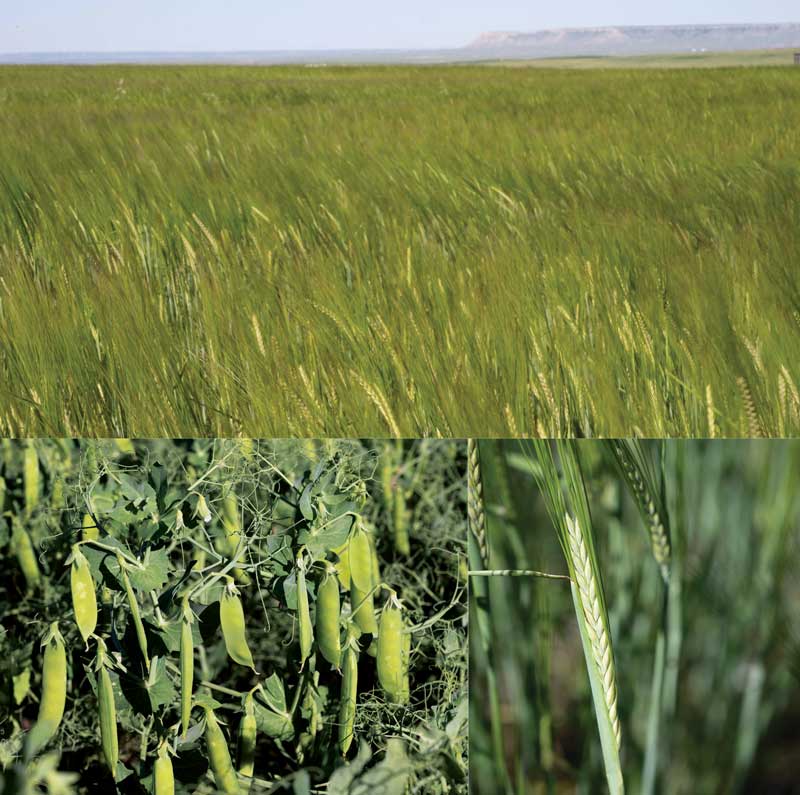 Our soils used to be dead. Now we have mushrooms growing down the rows with our crops. It’s a whimsical nod to the soil health we’ve worked so adamantly to build since we took over farming from Korey’s dad, Randy, in 2012.

Randy had already moved on from the area’s conventional model of mechanical fallow and wheat. Back in 2000, Randy started minimizing tillage eventually going full no-till. Korey and I (Wendy) married in 2003, started a livestock operation and were running the Insurance Agency where Korey worked at previously.

In 2012, Randy was struggling with his health and transitioned the work of farming to us. Korey may be an agronomist, but he’s the one with the great mind for insurance. I eventually took on the majority of field work and farm management, which was a bit outside my comfort zone. After working alongside Korey and Randy and seeking information on my own, I’ve reached a level of comfort.

Together we’ve also grown comfortable trying new things. When we took over, the farm was 100% no-till and in a chemical fallow rotation. There was a progressive local farmer we were watching who tried new things all the time. We saw he was making no-till peas work, so we figured we’d try them, too. And so, it began.

It was clear early on that fallow wasn’t a long-term solution from an agronomic or financial point of view. So, it was on traditionally fallow acres where we tried…