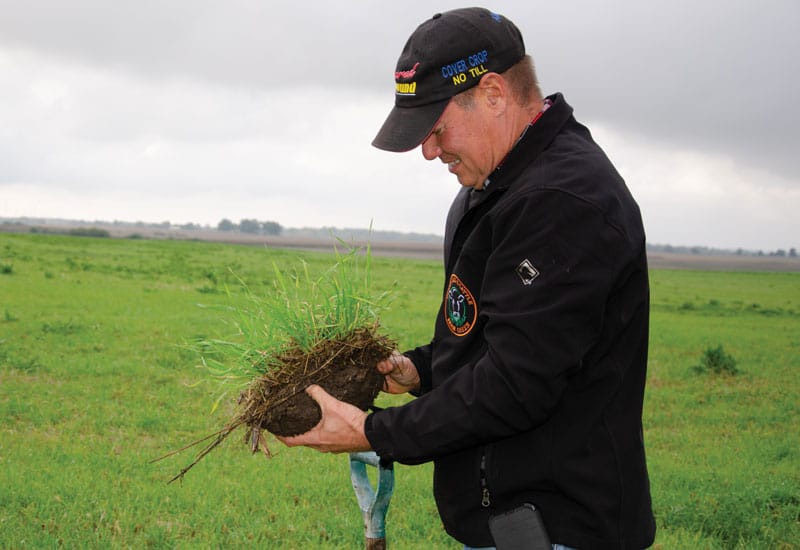 Rick Clark knows how much you can save using cover crops, and he’s got numbers.

He also wants to eliminate herbicides, open up the window for planting, and more. That all starts with eliminating tillage, Clark says.

“Tillage has to stop,” he says. “Tillage is so damaging to the soil profile. We work hard to build soil health to build the microbial community. When you bring a piece of tillage equipment through that microbial community, you destroy that community and it now cannot function at peak performance.

“We need the arbuscular mycorrhizal fungi, which are the communications backbone of the network, and we need the network working because there will (not) be new transactions without that fungi.”

The Indiana no-tiller has turned away from manufactured nutrients. Instead, he grows his own nitrogen in the form of cover crops. At the 2022 National No-Tillage Conference, he outlined his strategy for replacing inputs and touched on his broader ideas about soil stewardship.

His first step was introducing cold-tolerant peas, which widen the growing season window into cooler months at either end.

Cover crops, done right, can furnish nitrogen (N), phosphorous (P) and potassium (K) in abundance, and Clark has the figures to back this up.

To find out how much of each cover crops provide on your operation, he  recommends measuring them using a…