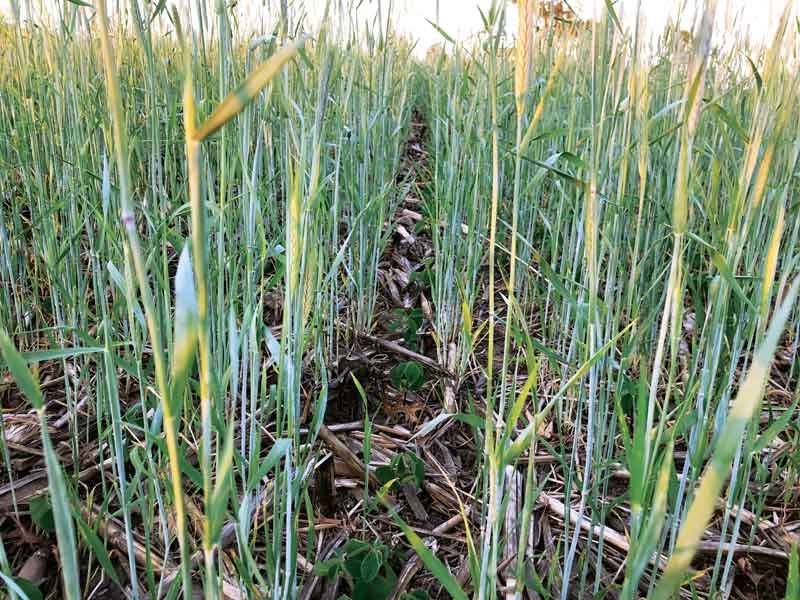 In the fight against increasing herbicide resistance, the practice of planting green into a living cover crop offers weed suppression and potential money savings.

For independent research agronomist Jim Stute, the appearance of glyphosate-resistant giant ragweed, waterhemp and marestail on his East Troy, Wis., farm was alarming. But it was also an opportunity — an opportunity to test the ability of cover crops to suppress marestail and other troublesome weeds and reduce reliance on glyphosate

“The problem with these weeds is that they’re prolific seed producers, they have a wide window of emergence and they’re highly out-crossing, which means they crossbreed,” Stute says. “So you can do everything right on your farm, but if resistant pollen blows in from your neighbor’s farm, you can suddenly end up with a resistance problem.”

In the fall of 2020, Stute set up randomized complete block plots in four locations with the objective of evaluating the effectiveness of no-tilling soybeans green into a VNS (variety not stated) cereal rye cover crop in terms of suppressing weeds. Enlist soybeans were planted in all locations and treatments.

For the trial, he established six treatments:

Premium content is for our Digital-only and Premium subscribers. A Print-only subscription doesn't qualify. Please purchase/upgrade a subscription with the Digital product to get access to all No-Till Farmer content and archives online. Learn more about the different versions and what is included.
KEYWORDS how to suppress glyphosate resistant weeds Jim Stute no-tilling soybeans into cereal rye Planting green planting green field trial data suppress glyphosate resistant marestail Wisconsin no-till