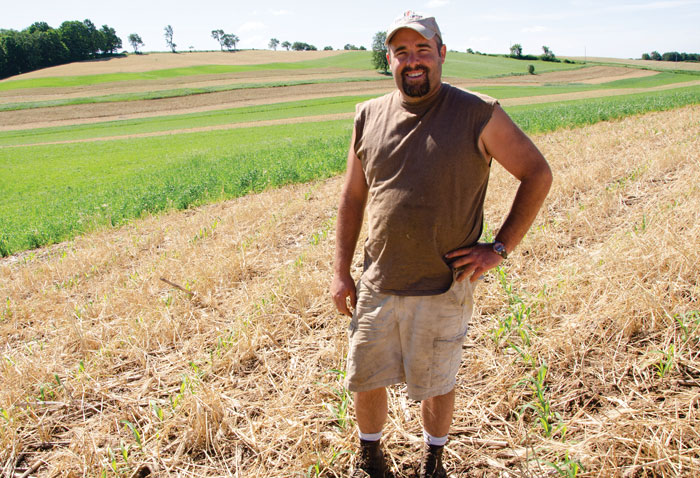 Conley farms 120 acres for feed (silages, dry hay and high-moisture corn) for his 52-cow dairy, located down a dirt road amid a small fold of hills in Dodge County. The hills make for stunning views of the surrounding countryside, and his barn and silo. They also pose unique management challenges. Or they did, until recently.

Up until 2018, Conley worked his hilly land using methods that had been handed down to him by his grandparents. They involved chisel plowing to make the land suitable for planting.

“It’s just how I learned how to do it,” he says. “That’s how it was supposed to be done, and I never thought to question it at all.”

At the same time, the hills limited his options. Plow in too deep, expose too much soil, and the hillside could alternately wash away and then dry out.

“They dry out so fast, so it’s nice to keep the ground covered, to help the water infiltrate in and protect the soil,” he says. “Fertilizer doesn’t mean anything if you don’t have water. Water’s the number one ingredient that you need for growing a crop.”