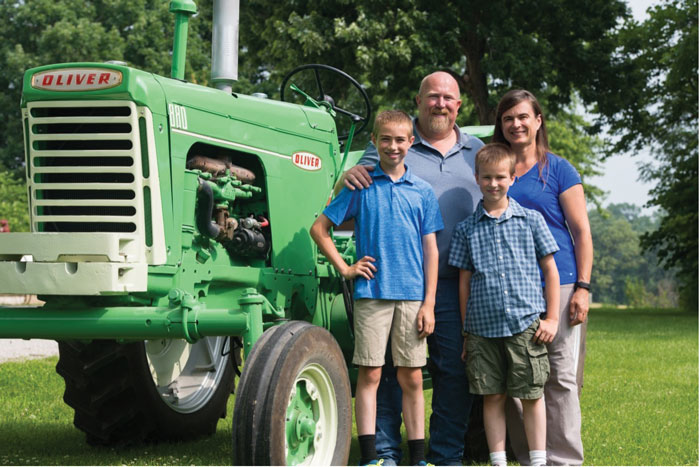 A Trifecta of Tools to Improve Soil and Water Quality

Robb Ewoldt, along with his wife, Jennifer, and teenage sons, Alex and Isaac, grows corn and soybeans in eastern Iowa, just three miles north of the Mississippi River. He farms 2,000 acres with a main goal always in mind

“We need to grow a lot of food for a lot of people in this world,” Ewoldt says. “We need to produce as many calories as we can per acre but do it in a responsible manner.”

“Ten years ago, our yield goal was 195 on tougher clay, timber soils. Now, last year we averaged 225 on that clay ground. We’ve gone up 30 bushels in a decade. That’s what our farming practices have done for us.”

Ewoldt relies on what he calls “the trifecta” to boost yields while improving soil and water quality at the same time. The trifecta includes nutrients (timing and placement), equipment (technology to cut down on fertilizers) and cover crop/edge of field conservation practices.

The sixth-generation farmer is the first in his family to run a no-till and strip-till system. He strip-tills corn and no-tills non-GMO soybeans.

“For corn-on-bean ground in the spring we go with three passes of nitrogen (N) and a little bit of phosphorus (P), potassium (K) and sulfur (S) along the way,”…