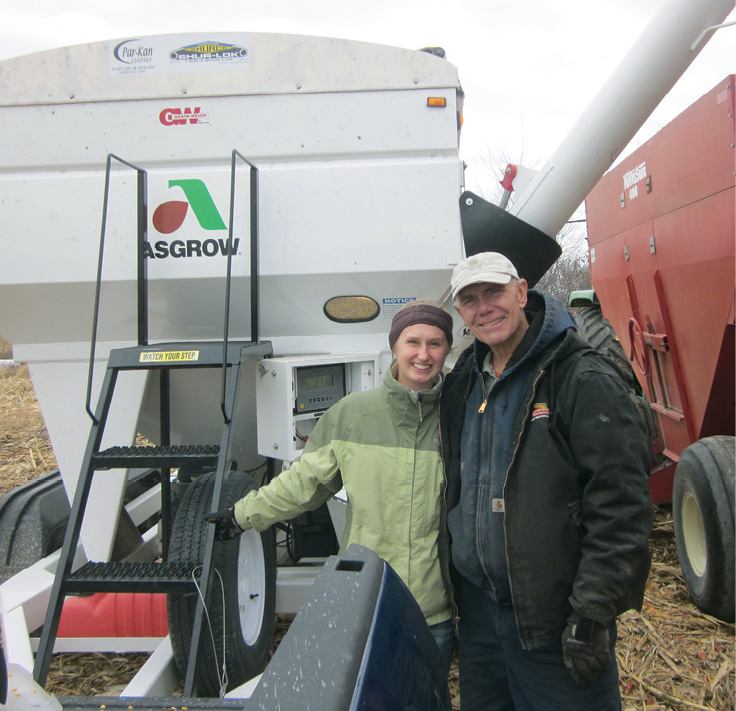 By Dan Zinkland posted on February 1, 2013 | Posted in Strip-Till Farming

Ever since David Legvold began farming land owned by St. Olaf College at Northfield, Minn., about 9 years ago, he’s worked with university professors and students to document the impacts of tillage and crop inputs on profitability, soil health and water quality.

In 2012, Legvold and St. Olaf senior Emma Cornwell, who is majoring in biology and environmental studies, worked to find the most profitable nitrogen rate for strip-tilled corn.

On the land that Legvold leases from St. Olaf, he isn’t allowed to apply any nitrogen in the fall. That’s due to the environmental risks of fall-applied nitrogen in the Karst regions of Minnesota.

He does apply a small amount of nitrogen with DAP and MAP when strip-tilling his own farmland in the fall.

This year, Legvold and Cornwell learned that the most profitable rate of sidedressed liquid 28% nitrogen was not the highest rate, which produced the highest yields.

During the past growing season, they compared the following nitrogen rates in strip-tilled corn:

Legvold uses a sidedress rig he built on a scrapped cultivator toolbar with Yetter fertilizer-insertion discs.

Liquid 28% was carried in saddle tanks on his Deere 4430 tractor, with product delivered to the rows by a rebuilt sprayer pump.

Legvold was able to apply different rates by adjusting pressure and speed, and he’s normally able to apply 28% liquid nitrogen at about 7.5 mph, or…