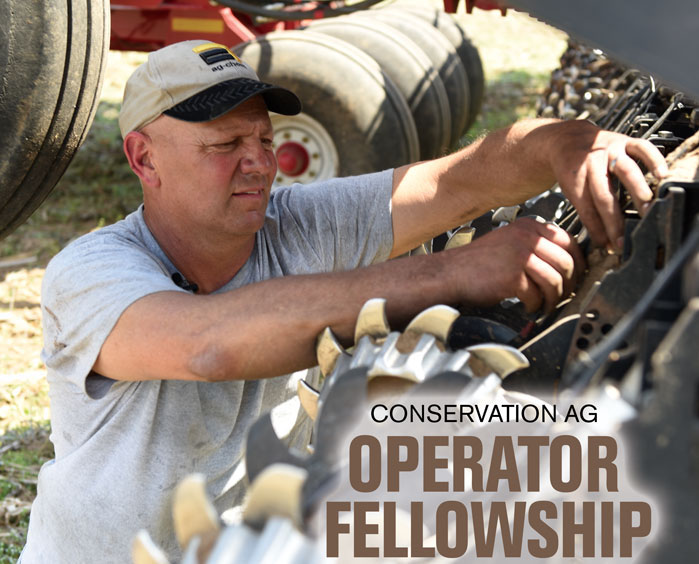 Getting peak performance in a no-till system goes beyond having the right planter. Sparta, Wis., no-tiller Jim Leverich uses extensive on-farm trials to select the best genetics and fertilizer program for optimum yield potential on his ground.

Sparta, Wis., home to Jim Leverich, No-Till Farmer’s 2022 Conservation Ag Operator Fellow, is not far from the beautiful sandstone bluffs of the Mississippi River. Hugging the west-central part of the state, Leverich’s farm features a range of soils from sandy loam to heavier clay loam soils

The spring of 2022 found Leverich busy custom planting Mustang 4095 corn for a neighbor. As he got started, the row units of his 24-row Case IH 1245 rig set down into a low-growing plant with bright yellow flowers.

“This is shepherd’s purse. It’s a weed, but it really won’t hurt anything because it’s easy to kill,” he says. “So I don’t mind it — it kind of helps hold the soil in place like a cover crop.”

Leverich no-tills 1,000 acres of corn and soybeans on 20-inch rows, a configuration he settled on after doing years of research while working as an extension agent for the University of Wisconsin. Leverich is planting the neighbor’s corn about 2 inches deep at a population of 28,000, running at 5.6 mph. For his own fields, he uses a variable rate of 26,000-30,000 for the sandier soils and 32,000-33,000 on heavier soils.

That’s because the heavier soil can take the dry weather better,” he says.

Premium content is for our Digital-only and Premium subscribers. A Print-only subscription doesn't qualify. Please purchase/upgrade a subscription with the Digital product to get access to all No-Till Farmer content and archives online. Learn more about the different versions and what is included.
KEYWORDS Conservation Ag Operational Fellowship corn genetics dealing with high input costs hybrid trials Jim Leverich on-farm trials variety trials

Cutting-Edge No-Till Practices on Display in the Circle City

How Do You Pick Your Corn Hybrids?