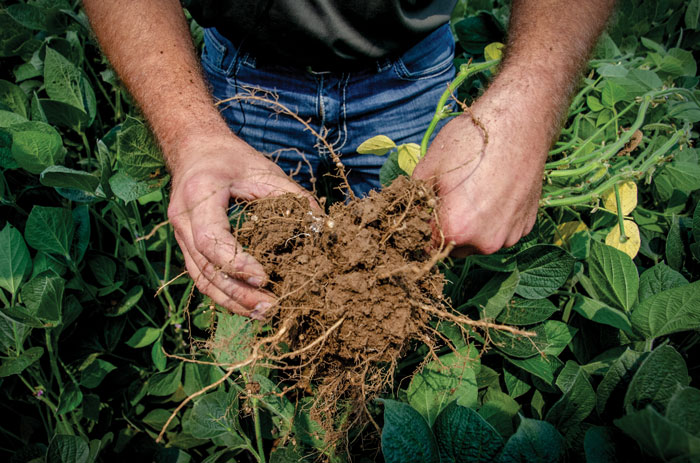 Southern Ohio grower Ron Bolender knows the benefits of no-till, having transitioned from raising labor-intensive tobacco to no-till corn and soybeans. While he’s expanded his acreage dramatically, his current operation is much easier on him and the soil.

Though he is  a no-tiller now, third-generation producer Ron Bolender grew up using conventional practices on the family farm, where they raised 30-50 acres of labor-intensive burley tobacco each year. “We did it all — we used to moldboard plow, disc and work the ground,” he says.

Situated on the rolling ground near Felicity in southern Ohio, Bolender says that like so many others, he was originally skeptical of no-till. “Back in 1990, if someone had told me you could drill beans without plowing and have them come up, I wouldn’t have believed them.”

But now, Bolender can’t imagine farming any other way and he says the simplicity of his 3,000-acre no-till operation is the key to his success, as the reduced fuel, equipment needs and manpower requirements help keep his operation profitable.

“We’re farming less and doing a better job,” says Bolender. “Profitability is the name of the game for me.”

After graduating from high school in 1974, Bolender joined his father on the family farm. The Bolenders also started raising grain farm that year, inspired by the $8 per bushel price soybeans had been commanding in 1973.

Unfortunately, Bolender explains, “in 1974, soybeans were only $4 per bushel.”

But tobacco remained their primary crop for the next two decades.

When Bolender needed to reduce manpower in…

Premium content is for our Digital-only and Premium subscribers. A Print-only subscription doesn't qualify. Please purchase/upgrade a subscription with the Digital product to get access to all No-Till Farmer content and archives online. Learn more about the different versions and what is included.
KEYWORDS 15-inch soybeans Jeremiah Durbin John Deere 1790 planter John Deere 1795 planter Ron Bolender

How to Make Sure Your Row Cleaners are Doing Their Job