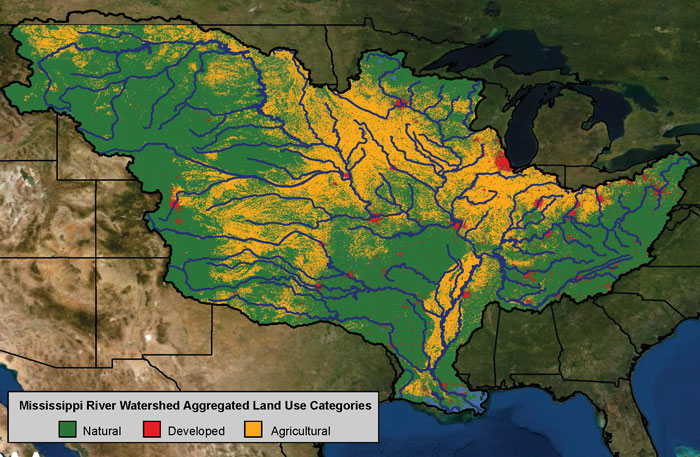 The research comes as the state reports an increase in 2019-20 Mississippi River nutrient loads.

Planting will soon be underway for most Illinois farmers, and while brain bandwidth might be in scarce supply, it’s worth casting a thought down river.

In this case, the river is the Big Muddy, and the thought is of hypoxia. Hypoxia is the environmental state where dissolved oxygen in water can’t support aquatic organisms.

Illinois has the longest stretch of Mississippi riverfront property along, and officials have long set goals for reducing the amount of nitrogen (N) and phosphorus (P) that flow into the river, which contributes to an aquatic dead zone bigger than some states. Agriculture isn’t the lone culprit, but it’s been the biggest for longest.

In September 2021, state officials issued a biennial report required by the state’s Nutrient Loss Reduction Plan. While the report touts advancements in outreach to growers, the state’s Soil and Water Conservation Districts, and other groups, the news was also bad.

In 2015, Illinois officials set a long-term goal of 45% reduction goal for reductions of both N and P loads from a 1980 to 1996 baseline to improve water quality. Interim goals included a 15% reduction for N and a 25% reduction in phosphorus by 2025.

The Mississippi River basin ranges as far west as the Idaho-Montana border, as far north as Canada, as far…

Premium content is for our Digital-only and Premium subscribers. A Print-only subscription doesn't qualify. Please purchase/upgrade a subscription with the Digital product to get access to all No-Till Farmer content and archives online. Learn more about the different versions and what is included.
KEYWORDS American Farmland Trust cover crops EPA Gulf of Mexico Hypoxia Illinois Mississippi River no-till NOAA

No-Till Could Save $458 Million