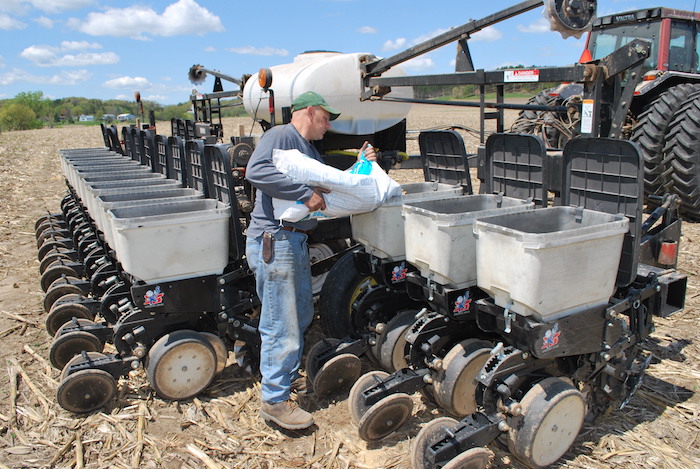 Longtime no-tiller and retired Wisconsin Extension agent Jim Leverich — the inaugural No-Till Farmer Operator Fellow — encourages farmers to gather and utilize data from their own experience and operations for useful and practicable insights.

Longstanding subscribers of No-Till Farmer and National No-Tillage Conference attendees will undoubtedly be familiar with Jim Leverich. A retired extension cropping specialist and farmer from Sparta, Wis., Leverich wrote many articles for the publication over the years, including the No-Till Notes column in 2015-2016. Having retired from the University of Wisconsin extension system in 2019 after 35 years of service, Leverich now has more time to devote to his 1,000-acre corn-soybean operation, when he’s not caring for his new grandson, James, or spending time with his wife, Marla.

As a former extension educator, Leverich is accustomed to keeping good records of practices and having others pick his brain about all the nuances of no-till, making him an excellent candidate for our inaugural Conservation Ag Fellow. He is an advocate for integrating data and precision ag into farming practices and believes on-farm testing is critical to achieving no-till success.

The Leverich farm was established in 1864 by grandparents who moved here from New York and originally had 25 acres of strawberries plus grapes, an apple orchard and 30 dairy cows.

Leverich isn’t the first in his family to have an off-farm occupation. His great-grandfather was involved in setting up the local fruit produce co-op, which is now a corn and soybean co-op; his grandfather was a state Senator for 28 years and ran the farm on the side; and his father came back from World War II to run the farm, but he worked off-farm as well. “We’ve…