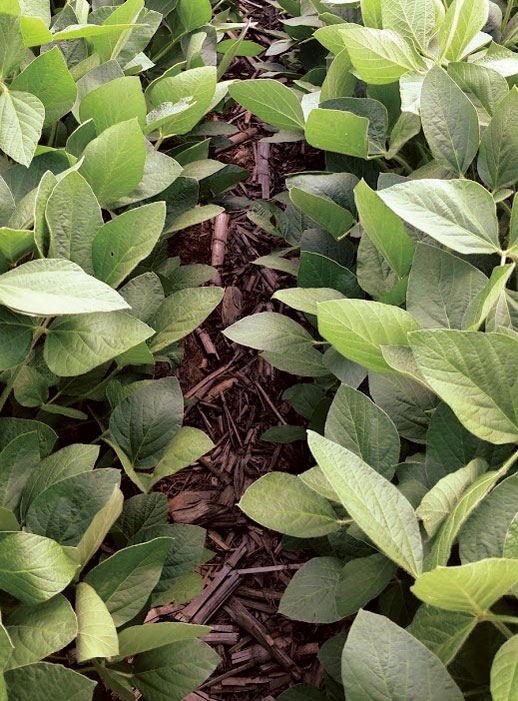 Profiting with One Pass Strip-Tilling

By Sarah Hill posted on January 4, 2022 | Posted in Nutrient Management

A Minnesota strip-tiller has saved money and time while maximizing his soil, but it required a shift in mindset.

Greg Entinger calls himself an accidental conservationist. When he first started strip-tilling, the grower from New Prague, Minn., wasn’t doing so because he was on the soil health bandwagon

“I was looking at saving money,” he says. “I wanted a one or two-pass system to cut down on time and everything else. I wanted to decrease my equipment size, rather than go bigger. I didn’t want to buy a 500-horsepower tractor.”

Entinger took over the family farm in 2013 after his father passed away and did all conventional farming in 2013 and 2014 on the 1,050 acres split evenly between corn and soybeans.

“I wanted to produce 250-bushels corn,” he says. “I worked with the cooperative to put out enough fertilizer to produce 250 bushels per acre.”

But that goal didn’t pan out. Entinger tried again the following year. After two years of failures, he decided that his soil is incapable of growing 250-bushel corn.

This shift in mindset means letting go of the ego boost that comes with being the grower achieving the highest yield in the county.

Premium content is for our Digital-only and Premium subscribers. A Print-only subscription doesn't qualify. Please purchase/upgrade a subscription with the Digital product to get access to all No-Till Farmer content and archives online. Learn more about the different versions and what is included.
KEYWORDS Greg Entinger Maximize soil One pass strip-till Profit Save money

Getting It Done With One-Pass Systems