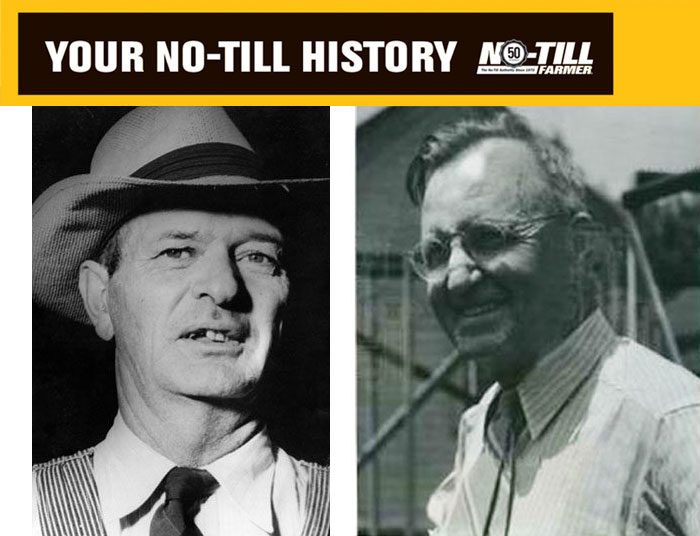 This article is a web-continuation of Squaring Away Generational — and Theoretical — Differences on the Plow, (click here) about the debate between Edward H. Faulkner and Walter T. Jack as told by Jack’s great-grandson Zachary Michael Jack. It appeared in No-Till Farmer’s No-Till History Series in February 2022.

Editor’s Note: This summary of the Faulkner-Jack Debate is an excerpt from “Evolution of the Plow: Over 10,000 years and the Rationale for No-Till Farming,”  by Rattan Lal, Don C. Reicosky and J.D. Hanson (2007).

The Dust Bowl created a controversy about the usefulness of the ‘‘moldboard plow’’ as a tool for seedbed preparation. There were two strong but opposing schools of thought: no-till and plow tillage.

The no-till movement was spearheaded by Edward Faulkner, who wrote the book Plowman’s Folly, published in 1942. Faulkner, an extension worker in Ohio thus opined: “Briefly, this book sets out to show that the moldboard plow which is in use on farms throughout the civilized world is the least satisfactory implement for the preparation of land for the production of crops. This sounds like a paradox, perhaps, in view of the fact that for nearly a century there has been a science of agriculture, and that agricultural scientists almost to a man approved use of the moldboard plow ... The truth is that no one has ever advanced a scientific reason for plowing.”

While some refer to plowing as “recreational…

Squaring Away Generational Differences on the Plow