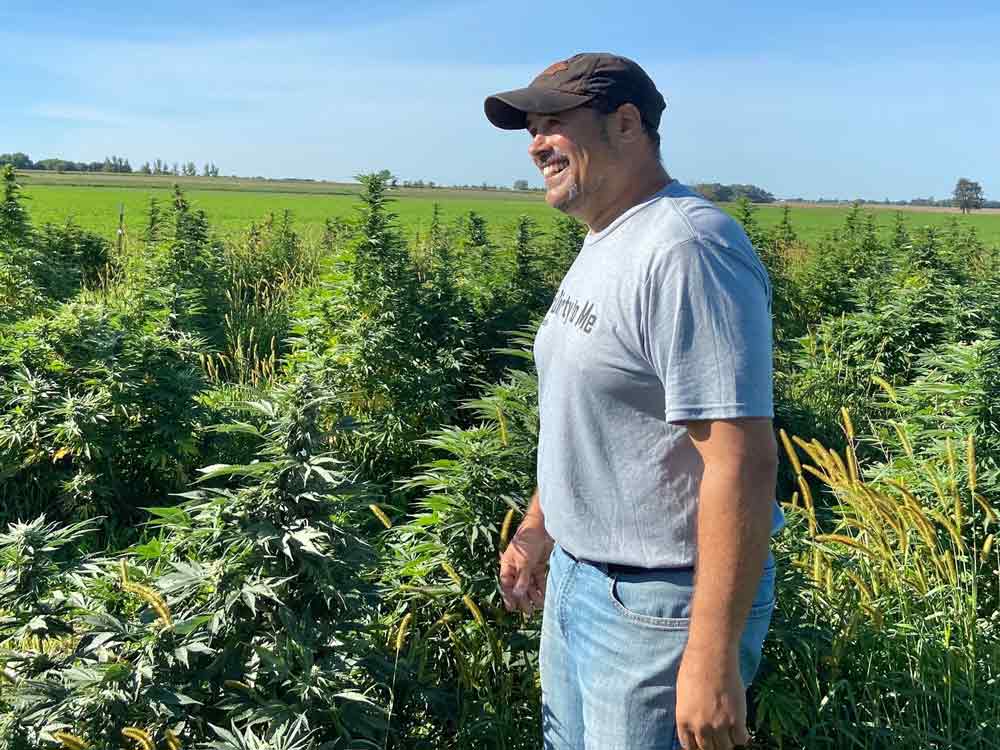 Taking a page from the craft beer industry playbook, Minnesota no-tiller Tom Cotter is pursuing quality in his strip-tilled organic hemp for his own line of craft CBD products.

Growing a new crop can pose challenges, including learning best management practices, integrating a new workload and securing the right equipment and supplies. But one of the biggest challenges is often figuring out where and how to sell the new crop.

The hemp market, which opened up with the passage of the 2018 Farm Bill, has been particularly difficult for farmers to navigate largely due to poorly defined interstate commerce laws for CBD (cannabidiol) hemp as well as a lack of processing facilities. Many farmers who planted and harvested hemp in these first few years have suffered large losses due to crops testing “hot” or being confiscated in transport, while others have simply been unable to sell their goods.

Austin, Minn., no-tiller Tom Cotter, on the other hand, has managed to not only grow the crop profitably, he’s doing it organically while positioning himself to expand as the marketplace develops. And he credits his strip-till, no-till and cover crop operation with giving him the skills and insights he needed to facilitate this success.

“Back in the late 1990s, my dad had planted some dwarf Essex rape after peas one year. The next year, right in that spot, we had our best corn,” he says. “I was trying to figure out what the cause was, so I looked at the chemical, the fertilizer, the seed…

Premium content is for our Digital-only and Premium subscribers. A Print-only subscription doesn't qualify. Please purchase/upgrade a subscription with the Digital product to get access to all No-Till Farmer content and archives online. Learn more about the different versions and what is included.
KEYWORDS CBD Cover crops organic hemp strip-till farming strip-till hemp Tom Cotter