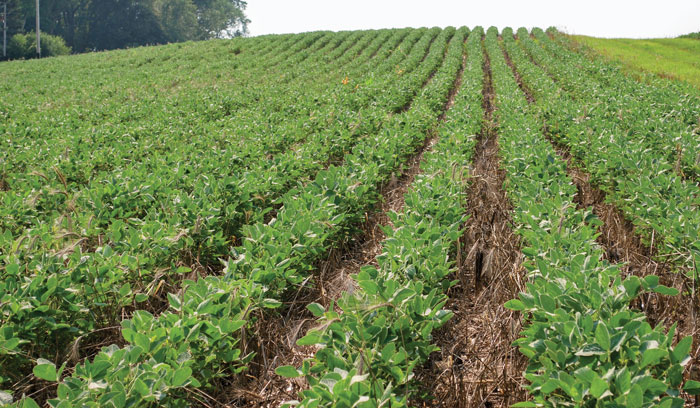 DALE STEVERMER of Easton, Minn., is soft-spoken but comports himself with confidence and pride. That shows on his 450-acre farm — everything is clean, tidy and each item in its place. The century farm belonged to his paternal grandparents, who purchased the first 120 acres in 1916. Some of the acres are part of another century farm from his mother’s side of the family that was purchased in 1912.

Crops and pigs have been the mainstay of the farming operation over the decades, according to Stevermer. The acres are split equally between corn and soybeans. During the 2020 growing season, Stevermer used covers on 100% of his acres.

Stevermer first began dabbling with cover crops in 2014, calling himself a “newbie” to the practice. He switched to no-till in 2017 and says he’s still learning when it comes to no-till and cover crops.

“I have a brother who’s a doctor, and we’re both ‘practicing,’” he jokes. “I wanted to control erosion and started hearing about the fact that cover crops can do a better job of eliminating compaction.”

During Stevermer’s first year of no-tilling, he also switched rotations within fields so he had more corn-on-corn acres. He learned that what he’d done in the past would have a negative…

Premium content is for our Digital-only and Premium subscribers. A Print-only subscription doesn't qualify. Please purchase/upgrade a subscription with the Digital product to get access to all No-Till Farmer content and archives online. Learn more about the different versions and what is included.
KEYWORDS Cover crops Cycling nutrients Economic sustainability Environmental sustainability Nutrient cycling