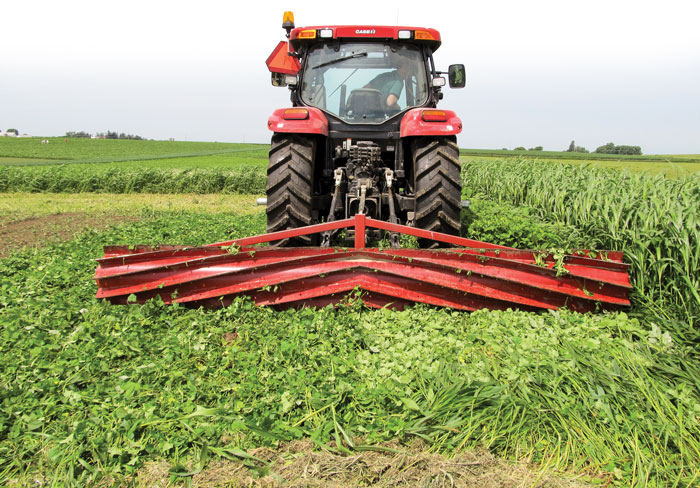 No-Tillers Practice the Art of ‘Covering Up’ for Decades

Over the years, no-tillers have led the way in seeding cover crops to boost soil health and capitalize on the many benefits they can bring to their farming operations.

The way some government agencies and ag groups are promoting cover crops these days, you’d think it was a brand-new idea. While cover crops are a hot topic, it’s not because of any major research breakthroughs or being brand new on the ag scene.

Instead, cover crops offer a soil health message that’s catching on with folks both in and out of agriculture — with numerous benefits that no-tillers have enjoyed for many years. But cover crops are certainly not new.

The No-Till Farmer editors are no “Johnnies come lately” to the cover crop craze. In fact, articles on the value of cover crops appeared in some of our very first issues in the early 1970s. You’ll see some examples of our early coverage in the following pages.

At the Delmarva No-Tillage Conference that attracted more than 1,000 farmers in December of 1972, we reported on how Jim Parochetti stressed the value of including cover crops in a no-till program. The University of Maryland agronomist said farmers are shortchanging themselves if they no-till corn into stalks or other crop residue instead of seeding cover crops.

“A good cover on no-till ground in many cases can prevent early germination of fall panicum,” says Parochetti.

Looking back at early copies of No-Till Farmer, there was an article in the August…

Premium content is for our Digital-only and Premium subscribers. A Print-only subscription doesn't qualify. Please purchase/upgrade a subscription with the Digital product to get access to all No-Till Farmer content and archives online. Learn more about the different versions and what is included.
KEYWORDS AAtrex, grazing cover crops J.C. Allen and Son no-till history paraquat roller-crimper seeding corn into sod seeding cover crops with a combine

Keeping on an Even, Reliable Keel with Decades of No-Till

One Bold Move Leads to Decades of No-Till Success