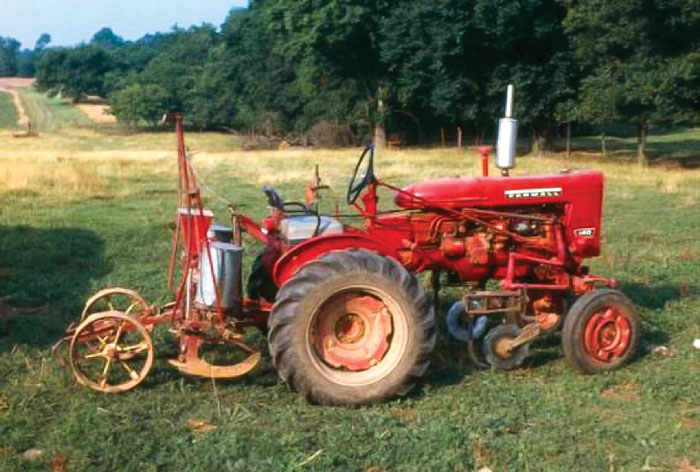 It’s only 7/10ths of an acre separated by a drainage ditch from the rest of a 180-acre field, but it’s been continuously no-tilled for 60 years.

In the late 1950s, Harry Young had been thinking about reducing tillage on his family’s farm at Herndon, Ky. Conventional tillage had been practiced on the family farm since the 1830s.

In the summer of 1961, Harry joined a group of southwestern Kentucky farmers traveling to view the trail-blazing no-till plots at the Dixon Springs Agricultural Center in southern Illinois and share ideas with University of Illinois agronomist George McKibben.

After visiting McKibben’s plots, Harry felt he could save considerable amounts of labor, fuel, machinery and soil with no-till. As a result, he started the no-till revolution by no-tilling 7/10ths of an acre of corn in 1962 in a field I’ve visited several times over the years.

That first no-till year was successful enough that the family no-tilled 94 acres of corn the following year.

“Back in 1962 when my dad planted that first no-till field, he was exemplifying the two traits Thomas Edison said are necessary to be an inventor,” says his son, John, who operates today’s 4,500-acre operation with his son Alex, the sixth generation to work the family farm. “That is to have a good imagination and a pile of junk.”

The “junk” trait was represented by Harry’s original no-till planter, an old two-row mule-pulled planter pulled out of a fence row that was modified for no-till and mounted on a small tobacco tractor. A few years later, he bought one of the first Allis-Chalmers planters designed for no-till.