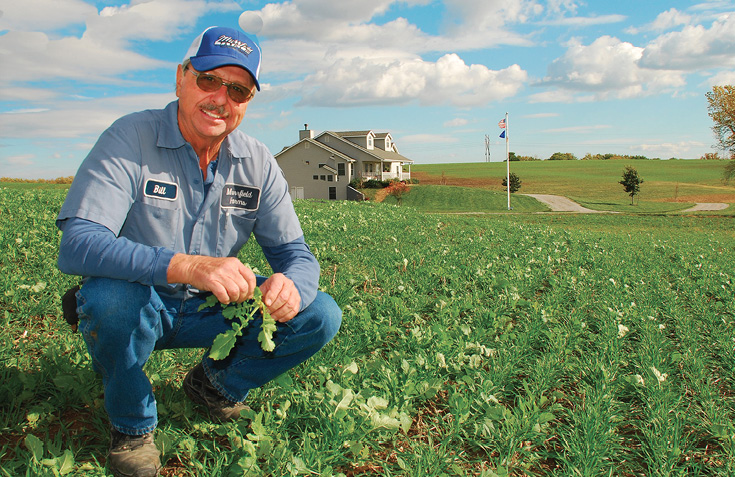 Bill Murr leverages the soil-building benefits of no-till with strategic nutrient, weed and disease management on his 3,400-acre farm in northeast Kansas.

It was a simple observation that first set Bill Murr on the no-till path. Corn stalks lying in the field held silt that would otherwise wash away, he noticed.

Nearly 30 years later, he’s gone well beyond that erosion-control focus to maximizing no-till productivity on his family’s farm near McLouth in northeastern Kansas, where hard red winter wheat, corn and soybeans are raised.

“No one else was no-tilling around here back then, but I thought I could control erosion, which was a big problem on our farm,” Murr says. “I eased into it. I bought my first no-till drill in the mid-1970s — a 10-foot Tye — and I just kept doing more and more.

“Somewhere in the process we progressed from not sacrificing yields with no-till to figuring out we could be more productive with no-till than with tillage.”

Murrfield Farms is now 100% no-till with nearly a decade of cover crops in use, and the focus is on optimizing production through strategic inputs.

In addition to 3,400 acres of cropland — some of which is doubled cropped with soybeans following hard red winter wheat — the operation includes a fertilizer, agrichemical and seed-retail business, in addition to custom application of more than 100,000 acres annually.