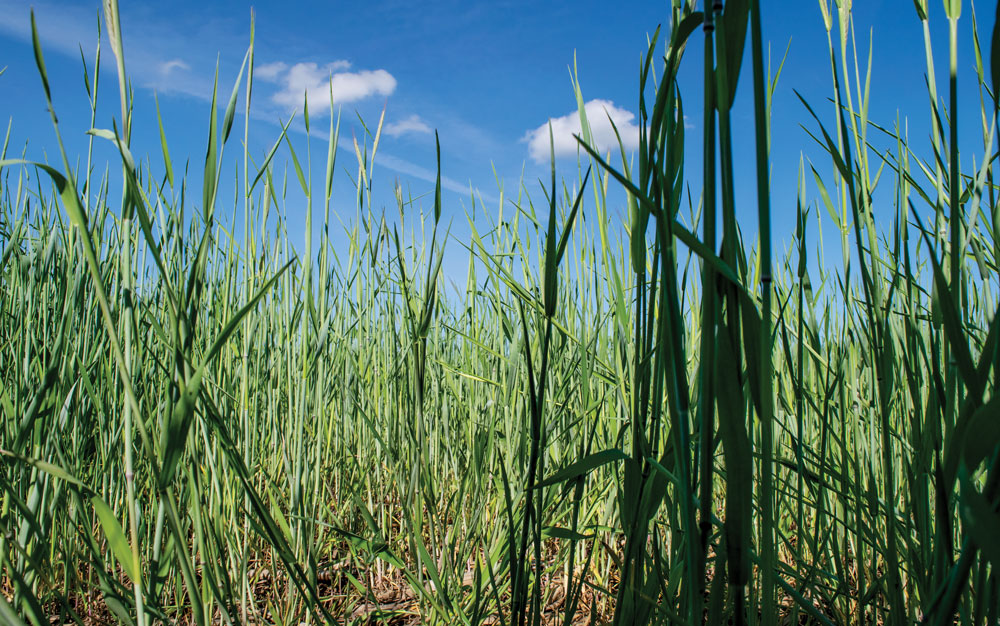 How Tissue Tests Can Add Proof to Your Cover Crop Payback

By John Dobberstein posted on May 26, 2021 | Posted in Cover Crops, Nutrient Management

Tissue testing cover crops during planting season can help no-tillers gauge how much biomass and nitrogen covers are contributing to cash crops and the soil.

Pictured Above: COVERS DO PAY. The longer cover crops like cereal rye are allowed to grow, the more nutrients can be pulled up from the soil profile, says Williamsport, Ind., no-tiller Rick Clark. Weekly testing of covers over the last several years has allowed him to cut back on synthetic fertilizer applications.

SEVERAL YEARS ago, Rick Clark wanted to know what the 12-inch-tall cereal rye he was staring at in one of his fields was paying back to him.

He chose a 2-by-2-foot square in a field, clipped the rye at the ground, put the material in a bag and overnighted the sample to a lab. The numbers he got back were a little shocking: 82 pounds per acre of nitrogen (N), 32 pounds of phosphorus (P) and 133 pounds of potash (K) were found in the plant material.

The Williamsport, Ind., no-tiller says 12-inch-tall rye is the point when it’s often terminated ahead of cash crops. So he sought to find out what more rye could do.

The following year he sampled rye that was planted at a rate of 80 pounds per acre the previous fall after corn harvest, and the rye was standing at 18 inches. The lab reported Clark’s sample included 120 pounds of N per acre and 213 pounds of K. The difference between 12- and 18-inch rye in April is only 4 days, he notes.

“That is the main driver behind the decision I made to start pulling back on inputs, realizing that the…