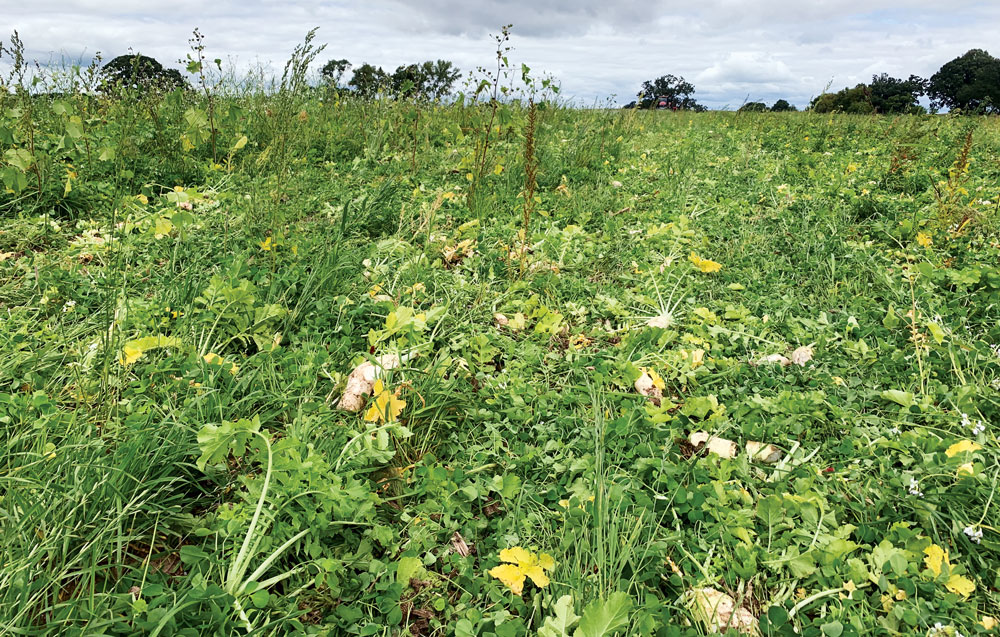 After years of conventional farming, this Randolph, Wis., grower has transitioned his 2,500-acre operation to no-till, cover crops and planting green. And he’s having a blast

Pictured Above: PREVENT-PLANT COVERS. The soggy spring of 2019 prevented Randolph, Wis., no-tiller Dale Macheel from planting a cash crop in a handful of fields. So that June, he seeded this mix of radishes and crimson clover instead. On Sept. 6 he seeded cereal rye into the green, growing cover crop, which he then terminated a week later. The following July, he harvested 45-bushel-per-acre rye for his own use and then seeded another cover crop.

Change can be difficult, especially if you’re bull-headed. Just ask Dale Macheel, who says he tends to be stubborn, just like most farmers. But it can also be fun, he says, a mindset he’s embraced while adopting conservation practices on his 2,500-acre cash grain operation in Randolph, Wis.

Just 5 years ago, Macheel, who has been farming since 1971 on and around the family farm where he grew up, was following the customary farming practices of the region — disc ripping in the fall and field cultivating in the spring. But his operation, which he farms with his son, Jonathan, is almost completely no-till now. He plants cover crops on all his acres and even plants green.

“We’re not 100% no-till. But we sold the disc ripper, and the only tillage we do is to incorporate cover crop seed in the fall,” he says.

Premium content is for our Digital-only and Premium subscribers. A Print-only subscription doesn't qualify. Please purchase/upgrade a subscription with the Digital product to get access to all No-Till Farmer content and archives online. Learn more about the different versions and what is included.
KEYWORDS Dale Macheel Dodge County Farmers for Healthy Soil & Healthy Water Horsch Maestro SW 2430 Kuhn-Krause Excelerator Rogator with New Leader spreader

What I've Learned From No-Tilling: Focus on No-Till, Soil Health Puts Farm Problems Out to Pasture

what I've Learned From No-Tilling: Milestones Mark Path To No-Till On Family Farm