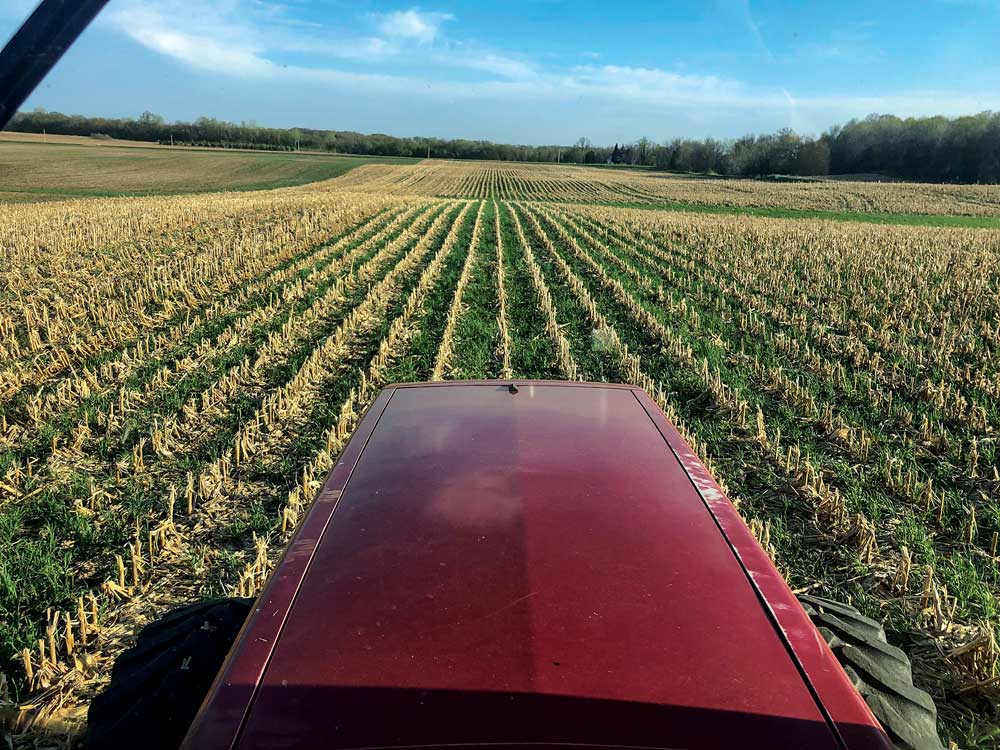 Minnesota Grower Strives to ‘Be the Solution’ with No-Till, Cover Crops

With 300 acres near Faribault, Minn., Tim Little has committed himself to focusing on conservation through reducing soil erosion.

Pictured Above: CHANGING PRACTICES. When he was farming conventionally, Tim Little realized his operation couldn’t survive a future with more extreme rain events, which led to him using no-till and cover crops to reduce erosion.

Tim Little, Faribault, Minn., has seen cover crops come full circle on his 300 acre operation. Growing up on a dairy outside Dundas, Minn., Little says his dad, Harold, was committed to using cover crops — they just weren’t called that in those days.

“Dad had diversity back then,” he says. “My dad grew oats, corn, alfalfa, red clover, timothy and grass.”

Harold’s commitment to conservation extended beyond crops and he was particular to leave clear waterways, even when using a moldboard plow. Little says his father taught him early on that it was important to fight soil erosion.

Little got started farming by renting 160 acres with his brother, Phillip, in 1974. He follows a traditional corn and soybean rotation, but maintained traditional tillage practices for many years. He struggled with soil loss on his hilly ground and was reminded of those early lessons in conservation.

“I tried to do what I could to prevent erosion,” he says. “We would get big rain events and the topsoil would end up at the bottom of the hill…

Premium content is for our Digital-only and Premium subscribers. A Print-only subscription doesn't qualify. Please purchase/upgrade a subscription with the Digital product to get access to all No-Till Farmer content and archives online. Learn more about the different versions and what is included.
KEYWORDS aerial seeding Crop diversity Reducing soil erosion Tim Little

What I've Learned From No-Tilling: No-Till Proving Not To Be a 'Drain' For Illinois Grower