3 Reasons to No-Till Soybeans Before Corn

While there is risk involved, planting soybeans before corn can improve yields, accommodate cover crops and bolster the bottom line.

THE TRADITIONAL “Corn is King” mindset has most farmers in the Midwest prioritizing corn planting in the spring and treating soybeans as a secondary crop. But switching the order can offer benefits such as higher yields, spreading out the workload in the spring and an improved opportunity to get cover crops established in the fall.

Planting date studies conducted by the University of Illinois from 2007 to 2018 looked at yields of both corn and soybeans planted on five dates between April 10 and May 30.

The results showed soybean yields were highest with the April 10 planting and began to decline with each successive date, concluding with a 15.8% drop by the end of May. Corn also showed a drop in yields, but it started later and was more gradual, showing only a 13.4% decline with the final planting (see Figure 1). 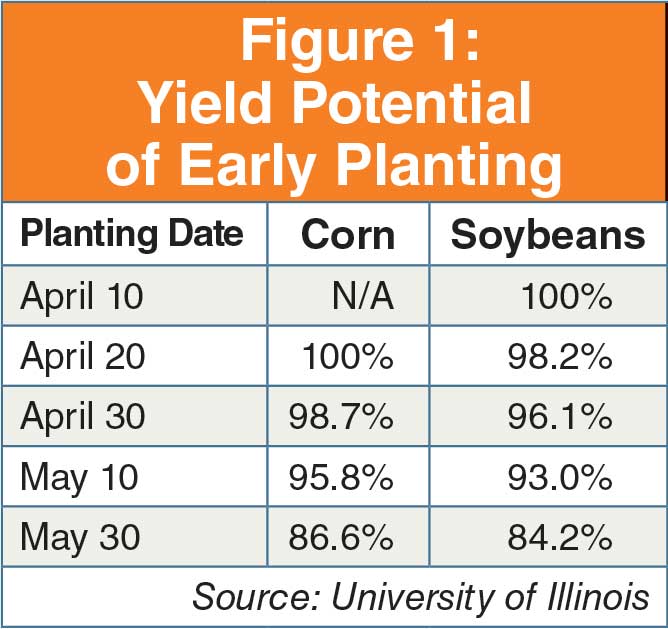 Studies by Michigan State University, on the other hand, have shown that soybeans had no yield decrease if planted by May 1, but after that yields declined, according to Manni Singh. “There’s about a half a bushel decline in yield for each planting after May 1,” says…

Premium content is for our Digital-only and Premium subscribers. A Print-only subscription doesn't qualify. Please purchase/upgrade a subscription with the Digital product to get access to all No-Till Farmer content and archives online. Learn more about the different versions and what is included.
KEYWORDS early soybeans Eileen Kladivko Kelly Garrett Manni Singh Nicholas Marley Paul Jasa planting soybeans before corn soybean maturity groups

Should You No-Till Soybeans Before No-Tilling Corn?