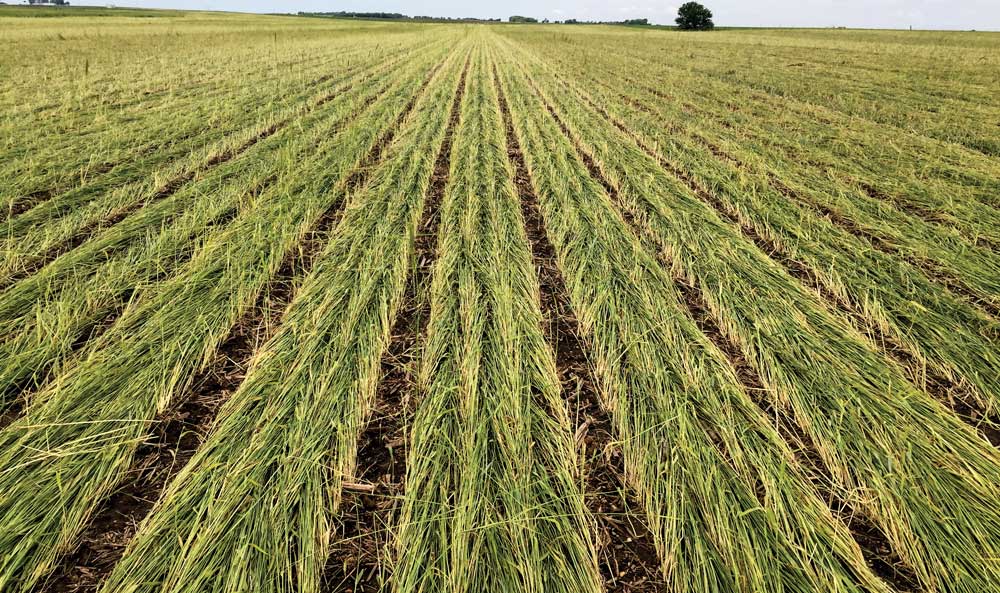 Pictured Above: COVERED WITH RYE. In early- to mid-October, 2020, Frank Rademacher and his father, Eric, planted about 70 pounds of Elbon cereal rye following corn harvest. The rye will serve as powerful weed suppression as 2021’s soybeans begin to grow.

WHEN IT COMES TO making decisions about his farm, Frank Rademacher keeps one foot in the present and one in the future.

“Farming is a business, and it needs both short- and long-term planning,” he says.

Since 2017, Rademacher and his father, Eric, who together manage a 600-acre corn and soybean farm in Gifford, Ill., have fully transitioned to no-till, cover crops and non-GMO practices.

“It’s been a wild ride the last couple of years,” he says.

Those changes have significantly reduced their current level of spending, and Rademacher believes they were crucial in order to maintain relevance and profitability in the years ahead. He advocates for all farmers to begin seriously considering the future of farming possible changes to the industry.

“I have several things I’m preparing for,” Rademacher says. “Some of those factors are internal…