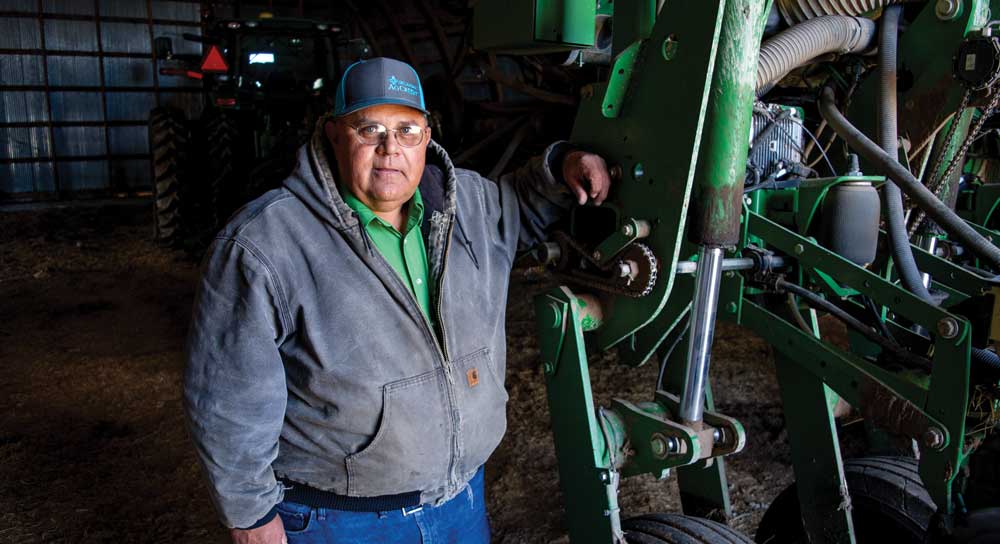 From ‘Trash Farming’ to No-Till Success

Pictured Above: MORE OPTIONS. When sugarcane aphids aren’t dominating, early-season or double-cropped milo is an important crop on Rick Jeans’ operation as his livestock can graze stalks and keep soils covered. But he also grazes cover crops, including wheat, oats, beardless barley, triticale or soybeans

DECADES AGO, no-tilling was considered to be “trash farming” in north-central Oklahoma and wasn’t a very popular practice.

“My grandfather thought no-till was stupid and he’d tell me that,” says Rick Jeans, recalling the days when a moldboard plow and continuous wheat was the rule on their farm near Tonkawa.

But after seeing soil washing away into creeks and ditches during heavy rains, Rick and his father, Don, thought it was time to make some changes. They switched to minimum tillage, then adopted no-till during the 1990s and added cover crops to their rotation 7 years ago. They haven’t looked back.

“It’s nice to see all the earthworms in the soil. You don’t realize when you’re putting down anhydrous and tilling the soil that you’re destroying their habitat,” says Jeans, who served the Kay County Conservation District for more than two decades and served as an executive board member for the National Assn. of Conservation Districts.

“When you’re no-tilling you realize you’re doing the worms a great favor, and the residue on top of the ground is allowing them to eat — not to mention what they leave behind that benefits new crops.”

A third-generation farmer, some of the land Jeans is…