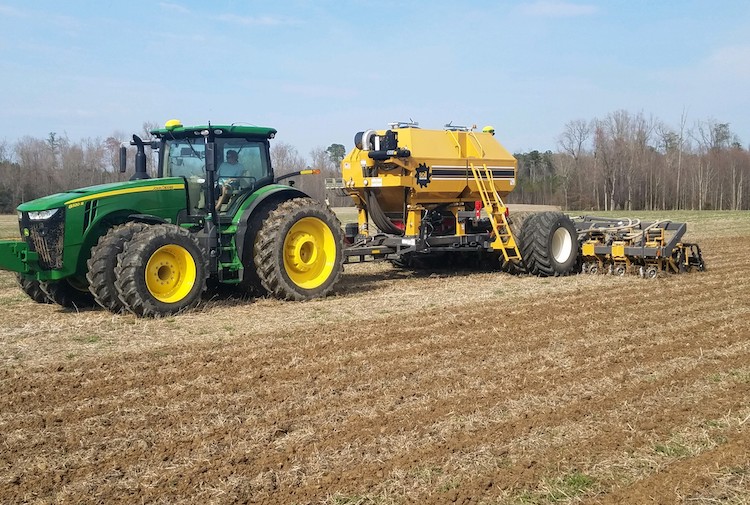 Secrets to Breaking Through the 600-Bushel Barrier with Strip-Till

Like many long-time no-tillers, David Hula was hesitant to try strip-till. But the high-yield winner shares his secrets to why he changed his mind and how it helped him achieve a record-breaking harvest.

I’m a third generation farmer at Renwood Farms in Charles City, Virginia, which is about 20 miles from historic Jamestown, Va., where early settlers first started growing corn in about 1609. Back then, the practice was to dig a hole, put a catfish in it and place four kernels of corn on top of that.

We’ve come a long way from those antiquated techniques and have managed to set some corn and soybean yield records along the way by managing fertility, tillage and moisture.

I’ve farmed with my dad and my grandpa over the years and am currently cropping about 4,000 acres with my two brothers and my son. I also have a 2½ year-old grandson who I’m hoping will want to take the farm into the next generation.

Renwood Farms has been in continuous no-till since 1986 and yet we’re always experimenting with new equipment and ways of doing things. While this mindset may have been instilled in me early on, it was reinforced one year when I went to hear Francis Childs speak. Back in 2001, Childs was the first farmer to exceed 400 bushels of corn per acre and he went around the country giving presentations about how he did it.

I remember sitting in the front row and I had a pen and a piece of paper and I was ready to take notes on which fertilizer he used and at what rates, what corn hybrid he planted, what fungicide, what insecticide, what populations…

Premium content is for our Digital-only and Premium subscribers. A Print-only subscription doesn't qualify. Please purchase/upgrade a subscription with the Digital product to get access to all No-Till Farmer content and archives online. Learn more about the different versions and what is included.
KEYWORDS corn yield contest winners David Hula Environmental Tillage Systems high-yield corn Soil Warrior

Sorting Through The Strip-Till Puzzle Pieces

With Strip-Till, Hitting The Mark Makes The Difference