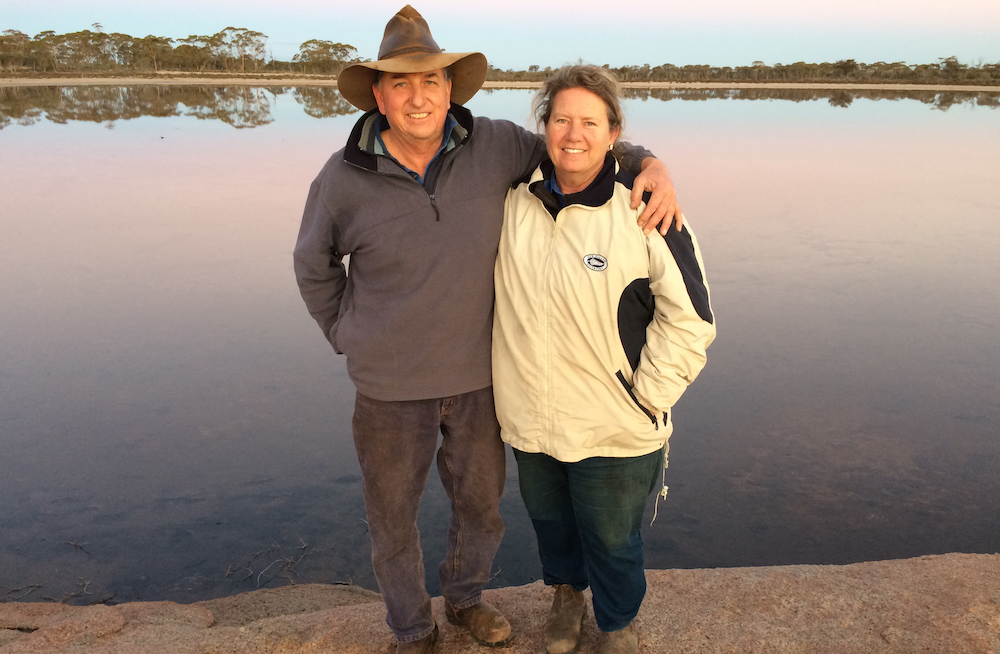 Ian and Dianne Haggerty are using the concepts of “Natural Intelligence Farming” to build a regenerative enterprise focused on zero tillage, livestock integration and biologically sourced inputs that boost their soil resources and profitability.

Pictured Above: MAKING IT WORK. A strategy of no-till practices, livestock integration, cover crops and naturally sourced inputs has guided Ian and Dianne Haggerty as they’ve built a diversified 65,000-acre operation in southern Australia. Many parcels they have acquired were previously tilled and are located in different terrains, soils and rainfall zones

Married and both raised in farming families, Ian and Dianne Haggerty were shocked when they sought advice from a farm advisor on managing their fledgling operation in the drylands of southwestern Australia.

After looking at their farm size and financial capital, the advisor told them they should get out of farming because they didn’t have “a hope in heck” of surviving.

“Fortunately, Ian and I are both pretty stubborn customers and we just took that as a bit of a challenge,” Dianne says, lamenting that her father was a successful conventional farmer. “We didn’t have any room for error, so we had to start to look at things in a different way. At that point in time, using better and different types of machinery wasn’t going to be the answer.”

Rather than internalizing the advisor’s stinging advice, Ian and Dianne researched biological farming methods and have pushed through early challenges to grow their operation and take excess costs and waste out of the system.